Next Stop? The Majors

As far as little league fields go, there aren’t many that will turn heads or leave a lasting impression on those who get to see it. One exception is the Glendale Little League Complex, which looks almost as good as any major league field. As a second-generation turf management professional, Adam Vecitis has played a major role in making the Glendale Complex look as pristine as it does today. We talked with Adam to find out how the crew turns an ordinary field to spectacular and how he became interested in turf.

Q: How did you get into sports field management?

A: I’ve always wanted to have a professional career I could say I loved and enjoy going to everyday. Before I really decided what I wanted to do, I thought to myself, “What job could I get in the winter to help pay money for college?”. It took me a while, but I realized I loved working at Glendale Little League on the baseball fields in the summer, so why not make it a career?

Q: Where is the coolest place you have worked with turf?

A: I do get the opportunity to work and visit a lot of places in the business. Working for the Milwaukee Brewers under Michael Boettcher was an amazing experience. I also just finished up working the ACC tournament at Louisville Slugger field where I am currently interning for Tom Nielson.

Q: Who are your turf mentors?

A: I’d say my dad is the real reason I am working with turf today. He started to take over the Glendale Little League fields when I was 12, I believe, and that was my summer job. So, without him taking the time out of his life to volunteer and work the hours he does on the field I don’t think I would be where I am today. He is also the biggest reason that field looks as nice as it does. Looking back at the days I played machine pitch baseball, that complex was a real eye sore and now you can’t stop looking at it.  Also, I owe a lot of credit to Pat Sisk of Milwaukee Country Club. He is the one that got me the job with the Brewers and got me in touch with Michigan State. He’s been a good friend of my family for years and we’ve always kept in touch. Nowadays I love talking with him about turf and the golf side of the business. Everyone I work for I consider somewhat of a mentor because they’re all willing to help me become as successful as possible which I really appreciate.

Q: What are your goals — personally and professionally?

A: At the end of the day, I want to be a Head Groundskeeper of a World Series baseball team. I want my field to be shown on national TV where the world can see my work. Besides the glamour, I really want to be able to help the ones that work with me, or for me, become as successful as possible and follow their own goals and dreams whether that’s in turf or something else.

Q: How did you get the star design on the field? Talk about the mound — it looks unique.

A: Most mounds are just a circle, however, we have the front boxed off. One of the biggest wear areas in any baseball field is the front of the mound from pitchers walking up to catch the ball back from the catcher, so it’s boxed off so we don’t need to worry about that happening as often. The star is one of my favorites — Jack Firer, a longtime friend who cuts our infields — was mowing one day and had some stripes, which I noticed if he just closed some of them up, would look like a star. At that point it wasn’t filled in but we hosted a district tournament last summer and did the same design, but instead of a rotary push mower we used our zero turn. We got it really crisp by using hard bristle push brooms and water pressure. 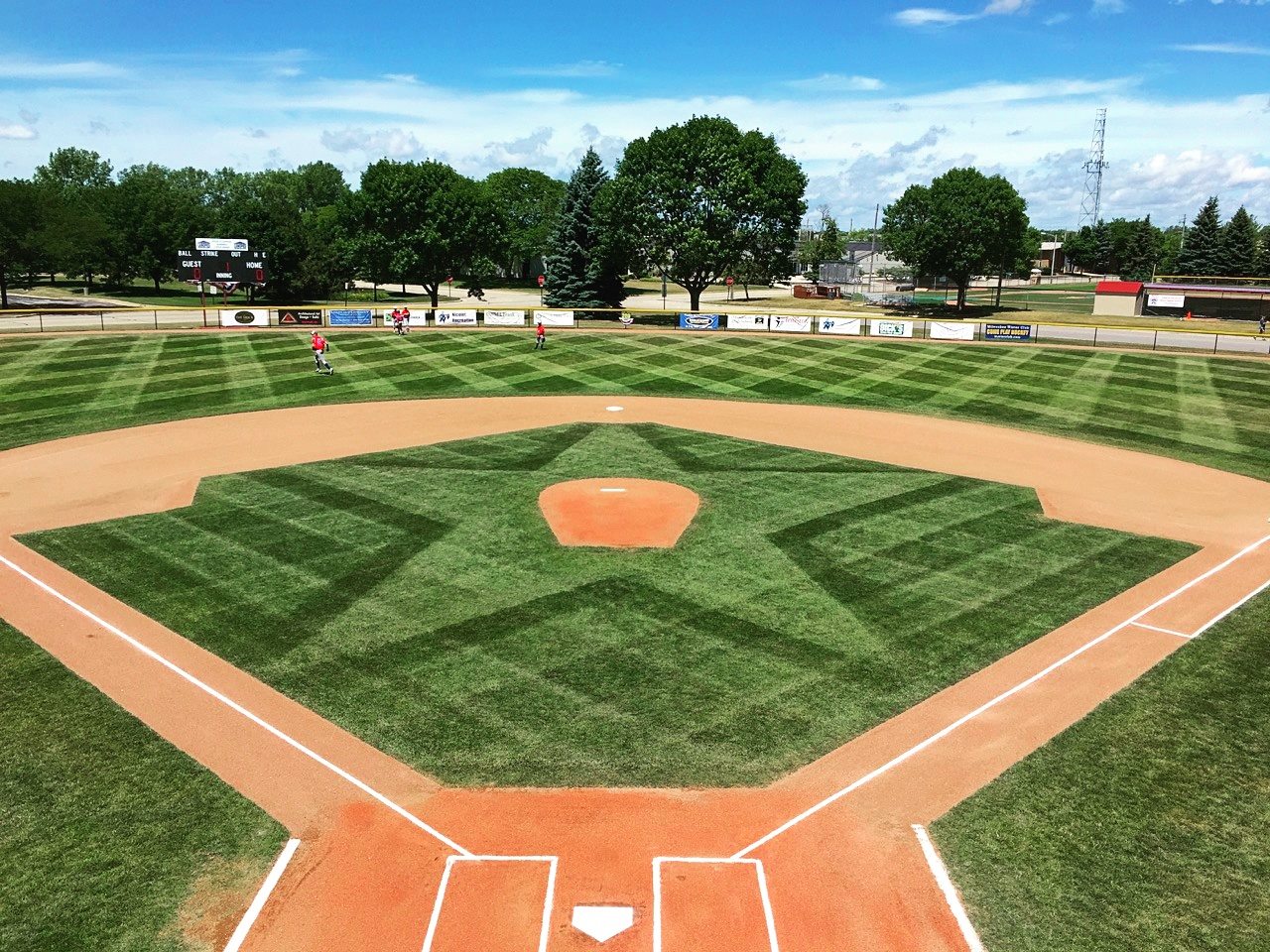 Q: What’s something everyone should know about you?

A: I absolutely love Wisconsin sports. Except I’m a bigger Michigan State fan than Wisconsin Badger fan. Also, my friends and family mean the world to me, there’s not too many things I wouldn’t do for the ones I love.

Keep up with Adam & his journey to sports-turf superstardom on Twitter — @AdamVec.

Begin typing your search term above and press ENTER to search. Press ESC to cancel.